I took the liberty of whipping up yet another tool (call it procrastination).
Source code to be shared soon on GitHub if there is interest.

This time, you can write margin notes that can work with Org-roam.

I am learning French. I thought this might be a good tool to add translations and grammatical notes on the “margin” of the original French text.

@cool_ran
I think this is something you were looking for in our GitHub conversation?

I have looked at following tools for annotation currently available in Emacs. I thought I could use one of them, but not for the way I want:

They seem to be targeted for annotating very brief comments to a software program (mostly fixed-pitch), annotate the entire file, or works only with Org notes.

I wanted something more flexible, and works with Org-roam.

Do you know of any other package? I could not find any more, so I quickly put together a new one (very rough, but works for me now).

I think this is something you were looking for in our GitHub conversation?

Can not wait to play with it. 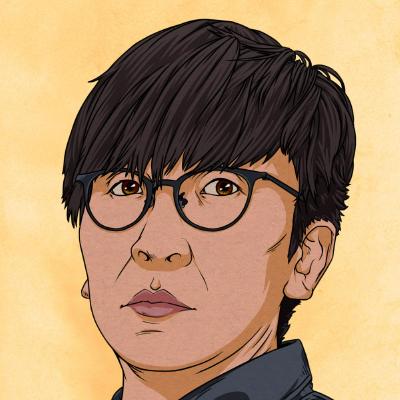 You can find the code here:

Contribute to randomwangran/org-marginalia-posframe development by creating an account on GitHub.

As an inexperienced elisp player, there must be a more elegant solution. Suggestions are welcome.

Looks like if I return t from om/next or prev when success, then you don’t need to override the functions. Let me see what I can do…

Yes. I’ve tried to advise om/next or prev, but I could not make it, so I just walk around by this.

I was studying the advice-add and found (info "(elisp) Advising Named Functions") the suggestion of using hook. I was about to ask it.

Try the latest main branch. I think I managed to return t/nil based on the success of om/next and om/prev. You should be able to use that to do postframe operation.

Thanks for this modification.

I’ve changed the preview function by using wrappers in this commit.

. This might be a little too technically specific to our stuff (away from Org-roam too much), but just very quickly. I just added transient navigation, that is to allow C-c n [ [ [, without needing to press C-c n again and again to jump around. Your next/previous function might automatically “inherits” this by the looks of how you do it (it might not). You might like to update OM and try it

I tried the package, nicely done! As a constructive criticism: I wonder if some of the interactions should be a little more fluid; e.g., marking, saving, and opening all at once when creating a new annotation? Similarly, browsing comments a bit more fluidly. Some suggested code for these additive features below.

One deeper change that I didn’t implement: I think that there should be a function om/delete that removes both the highlight and also the the headline and notes. Relatedly, I wonder if there should be a config variable so that when a new annotation is created with an existing headline, it should go under the old headline rather than a new headline. (I’m guessing that might require a bit of thinking to implement?)

The integration with org-roam shouldn’t be underestimated: with the *org-roam* buffer open, the marginal notes all show up together; that’s nice.

This does suggest a critique for org-roam itself, since the marginal notes don’t immediately update inside that buffer when they’re created. Is there a way to force the backlinks buffer to update other than to browse wiki links.

BTW I’ve been interested in related kinds of software tools for a while and will hopefully get back to work on the annotation-driven system that I started way back in 2005! People have often asked me how it related to Org Mode and your package might be one useful “bridge”. I never got around to properly packaging up my code, but if you’re curious what the heck I’m talking about, info is here: https://repo.or.cz/w/arxana.git

Great! Thank you. I need to spend some time using your code and come back to you. Browsing is something I wanted to implement. I have some thoughts around the make-annotation. Regarding Org-roam buffer update, while the project is working to revamp the side buffer, there is a workaround. Revert buffer or OR’s update buffer. I’ll come back to this point too.

Great, i’m an heavy user of margin/footnotes, so i’m really interested by your project.
Some question/remarks :

For export:
There is also a feature request. I looked at ox-tufte. I have to say that publishing is not top of my list at the moment, but I am also interested in something like this. I might put together something real quick (with a lot of limitations, but as a minimal feature); or it will need to wait until April/May 2021 – but I want to see something. The minimal idea is simply:

Then I think I could use one of the org-export-hooks to insert the margin notes to be included as Tufte’s marginnotes.

For footnote vs classic ZK link:
Technically speaking, a link from margin notes back to the main file is a regular Org link – this is the reason why we get backlink feature from Org-roam without doing anything extra.

This does suggest a critique for org-roam itself, since the marginal notes don’t immediately update inside that buffer when they’re created. Is there a way to force the backlinks buffer to update other than to browse wiki links.

Just quickly for this. This below works for me.

Tried to implement one. Not good. Spent a whole day, struggling with org-export and margin notes syntax of ox-tufte. I won’t go into detail but I need to change the course. Footnotes might work better.

In any case, I will put the export feature to the back burner; it will need to be something I’ll come back to in May or so in the new year.

Have a good rest. Take away from Emacs world for a while. When you back, everything will be good again. : )

ah no, I just have a backlog of stuff to do until April as you know. Emacs is my tool for procrastination and productivity in one package

For now, I have added your great suggestions as part of README. I will come back to it after my other project is in a better shape (book writing…)

Are you aware of the marginalia package? Might be confusing to have two packages with same base name, that have no relation?

Yes, I am aware; I use it myself.
I don’t feel strongly about the name, but not sure if this “confusion” is something I should avoid.

What do you think? Like I said, I am not strongly attached to the name. I’d prefer om as prefix even

Maybe if I propose it to be part of MELPA (if or when), the reviewer may have some advice on this matter.