Is it possible to implement link types?
What I’m looking for is how to use links as verbs (similar to, related, is part of) that connect nouns (notes, ideas).
Obviously it can be done in the notes as text or headings, but the idea is to implement it in some way to see it reflected in the database, in the roam-buffer or in the ui. 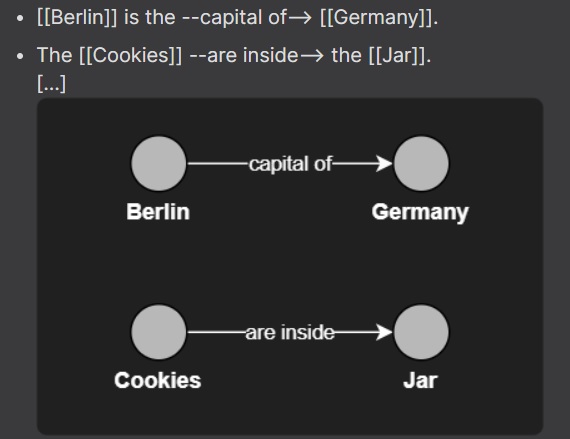 Its Emacs, so the answer to “is it possible” is almost always yes.

Sounds to me like a separate Emacs package waiting to be written.

It’s not as simple as that if you want to integrate it to the buffer or to the graph.

What is the simple alternative if the information is not in the database, complicate things by adding another database?

I suggest you have a look at this very popular post and follow-on discussion. The link categorisation was discussed extensively at an early stage of v1 and not implemented. A few months later, with v2, Jethro suggested an easy way to implement it without DB change. I think you could also think of more extensive change and propose it to @jethro.

I searched and only found a discussion that was basically about types of notes, and not about links as the title suggested

I wrote an application called Hode that lets you create not just binary relationships, but relationships among any number of items, any of which can themselves be other relationships. An example would be “_ did _ to _”, which is a relationship among three elements. 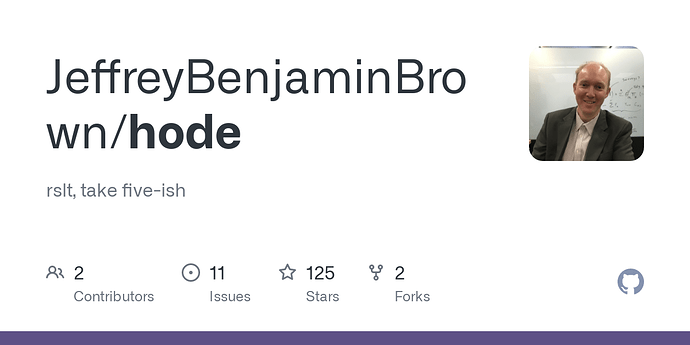 rslt, take five-ish. Contribute to JeffreyBenjaminBrown/hode development by creating an account on GitHub.

It was too hard; I’ve basically abandoned the project.

TypeDB is an open-source project (supported by Vaticle, a corporation) with an equally permissive type system. It’s not designed with personal knowledge management in mind, but it could be adapted to it. If I ever try to write Hode again, I’ll use TypeDB. I hope someone else tries before me.

Thanks JeffBrown for the quick presentation of TypeDB, this database looks quite interesting.

By looking at the image posted by the OP, my first gut feeling would have been to use a graph db, like https://neo4j.com/